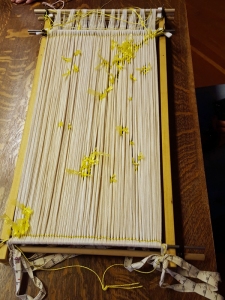 Today we learned about removing the warps we have been carefully tying In patterns that will resist dyes from the frames. This will make them ready to dye with indigo next month. Our warps were mounted on frames with dowels that stretched them back and forth on the frames. This made it possible to tie our resist patterns efficiently for several repeats with one tie rather than having to tie it several times down the entire length of the warp. Each time the warp was doubled back on itself on the frame, it was held in place by a new dowel that was placed behind two pins at that end of the frame. Depending on the length of the warp, this meant there were multiple dowels holding the warp. 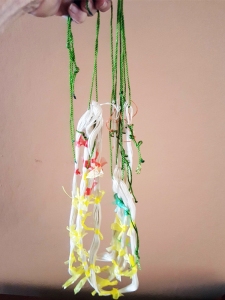 We started by placing ample loop ties through the warp wherever we had a dowel holding the warp to the frame. After doing this, we carefully removed the dowels and gathered all the loops from both ends in one hand. This will permit us to lower and then retrieve the warp in our indigo dye pot when we dye it next month. Multiple dips will allow us to control the depth of shade of the indigo. So check back next month to see how we are doing.

You may remember that last month we experimented with some natural dyes from Earth Pigments. After mixing our dyes and learning the process of using the dyes, we took our sample dyes home. Everyone had a limited range of colors to use. Some of us had some amazing work to show and information to share about what worked best for us. Here and some of our results.

Frank stamped patterns on a number of swatches of cloth. He learned which colors work best when used on top of other colors and came up with an amazing number of objects to use as stamps for his swatches. Here are six of his swatches. 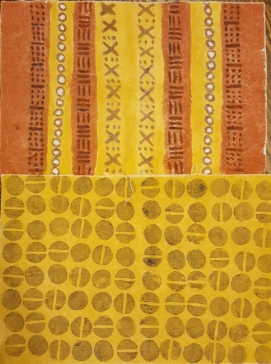 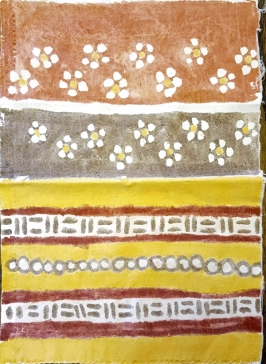 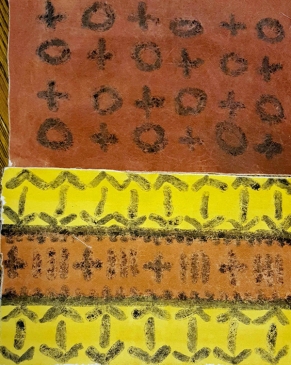 Sandy had studied the cave and wall art of our very early ancestors and honors them by copying some of their figures on T-shirts that use the colors of the earth. 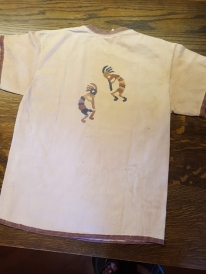 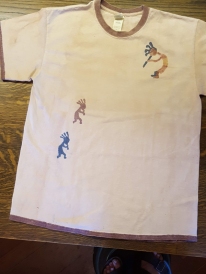 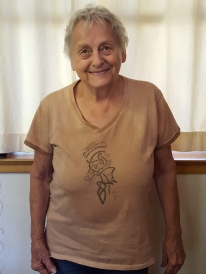 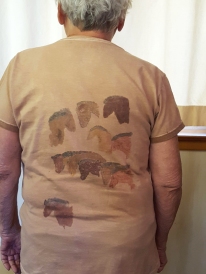 Ann also choose to create garment art. Using the stamping technique for the front, she found some of the color had leaked onto the back, despite using a separator to keep this from happening. So she picked up a brush and painted her colors on the back. 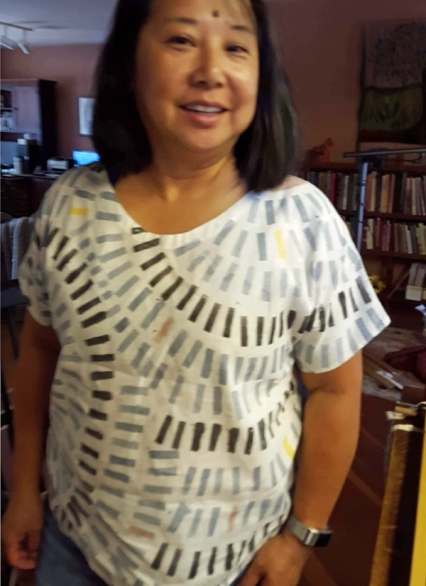 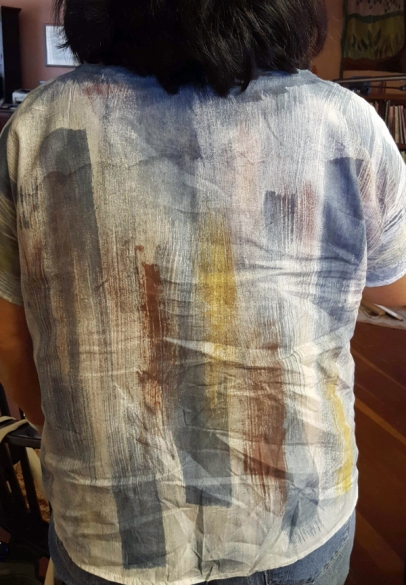 Next month: an indigo dye pot and who knows what else!